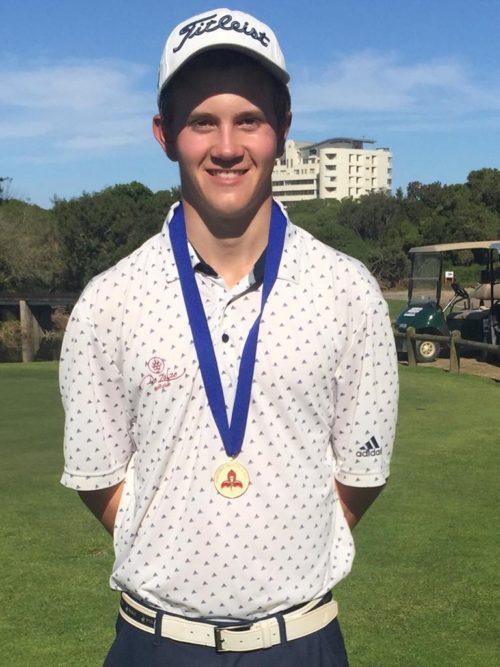 The WP Junior Championship Qualification at Strand Golf Club was completed on Thursday, the 15th July, and the match play component followed thereafter for the next  two days. The same brilliant winter weather, that prevailed during the stroke play, continued for the duration of the match play.

The top 16 qualifiers from the A division stroke play played in the match play stages – the top 8 for the Championship Final whilst the next 8 played for the Plate Final.

In the A division Finals, golf of a high standard was played by Jack Brugman (Paul Roos Gymnasium). During the matchplay stages Jack had 13 birdies in his 3 matches – the highlight being the semi final where he beat Jack Buchanan 2&1, with both players a combined 9 under par! Along the way Jack Brugman also beat Bobbi Brown 3&1.