The inaugural Paul Roos XCO presented by Vuma, hosted on Saturday 10 April 2021, was the first XCO Provincial race of the 2021 season in the Western Cape and catered for all age categories. 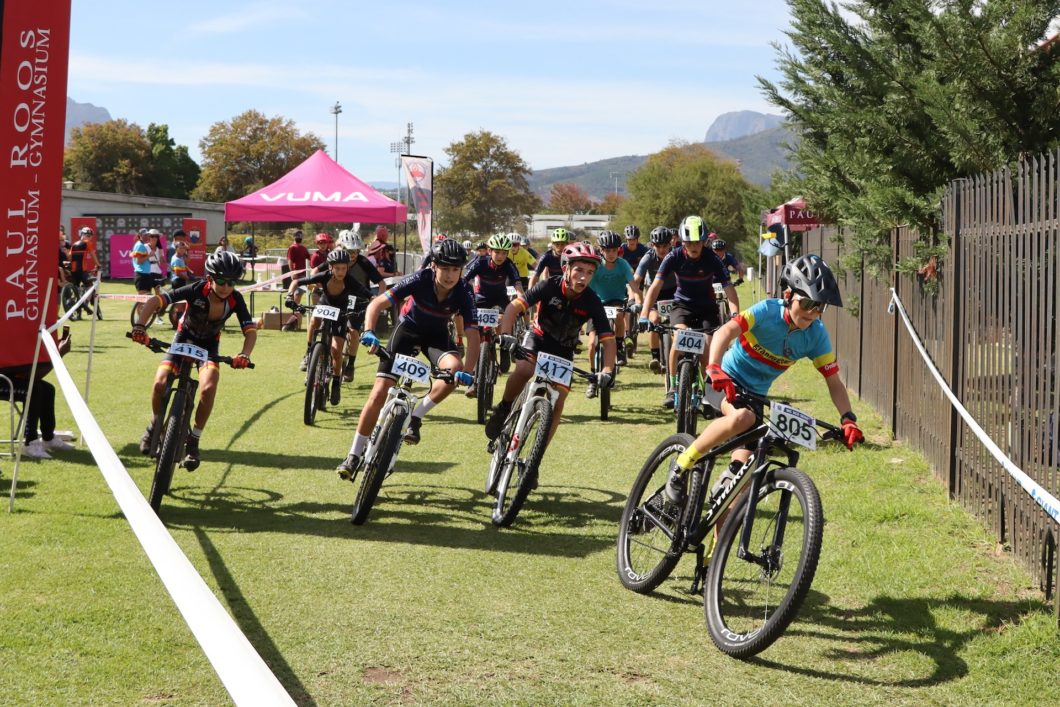 “Sport is instrumental in empowering the country’s youth to develop their skills and by collaborating with Paul Roos Gymnasium we are able to create this opportunity in a safe and productive environment that empowers them to unleash their full potential,” Ewald van der Westhuizen, Regional Director Vuma.

The riders had the opportunity to race on one of the country’s foremost cross country tracks. The Coetzenburg course hosted the South African championships last year, and in 2018 welcomed the world’s best riders in the first round of the UCI XCO World Cup.

The track, which started and finished on the Paul Roos Gymnasium grounds, provided many technical challenges over the 4.6 kilometres that included 160 metres of climbing on each lap. They explored the forest and slopes on the mountain above the school and the adjacent Stellenbosch University grounds.

Elements such as the Rock Garden, Pick Up Sticks, the Wine Barrel and Khoi Sprint tested the skill and nerve of the riders.

The inclusive nature of Mountain Biking’s only Olympic discipline, XCO, was evident as some 260 entrants tackled the demanding track. Riders aged between 8 and 60 had the chance to test themselves against one another in the 12 races.

The Elite women’s race was won by Janice Venter, who covered the five laps in 1 hour 38 minutes and 36 seconds. Marzelle van der Merwe was 17 seconds behind her in second place and Lehane Oosthuizen took third. 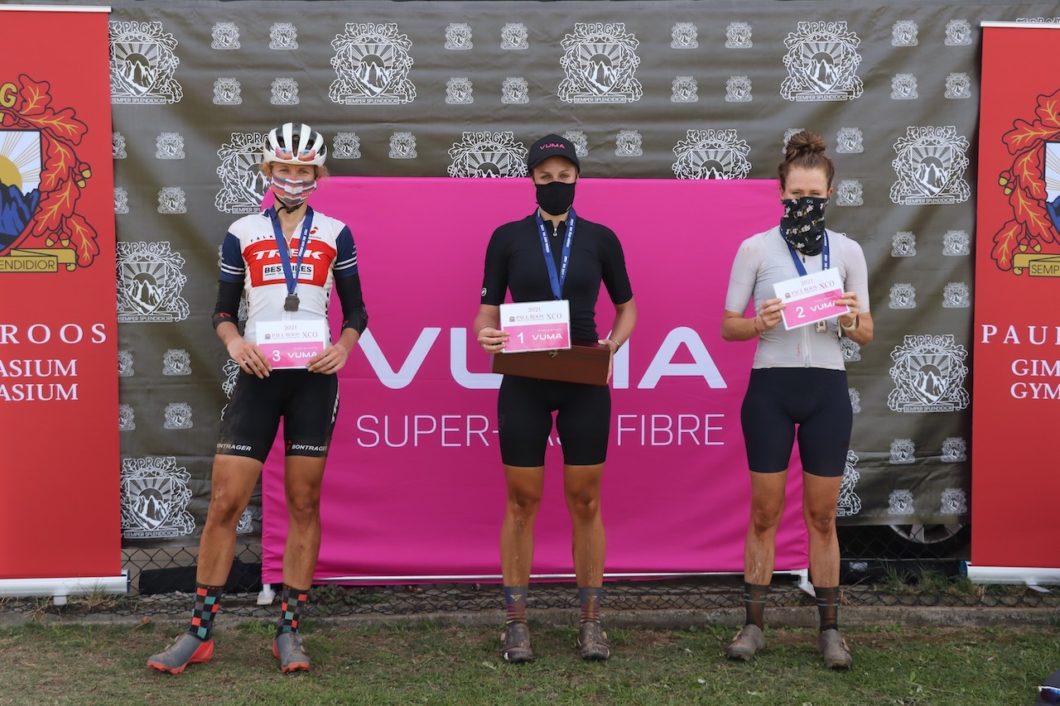 The men’s Elite race saw a big field of 19 riders take on seven laps of the track. The tussle for the win was intriguing with Pyga EuroSteel’s pro Gert Heyns having to use all his experience to outwit Somerset West’s Matthew Keyser who showed he was back to his best with a storming ride. Going into the final lap they were neck and neck. The 27-year-old Heyns, who has podiums at most of the country’s major stage races and who was the 2018 National Marathon Champion, put in a surge on the last lap to get away from Keyser and take the win by just 12 seconds. Current marathon champion Arno Du Toit of Team Insect Science was third. 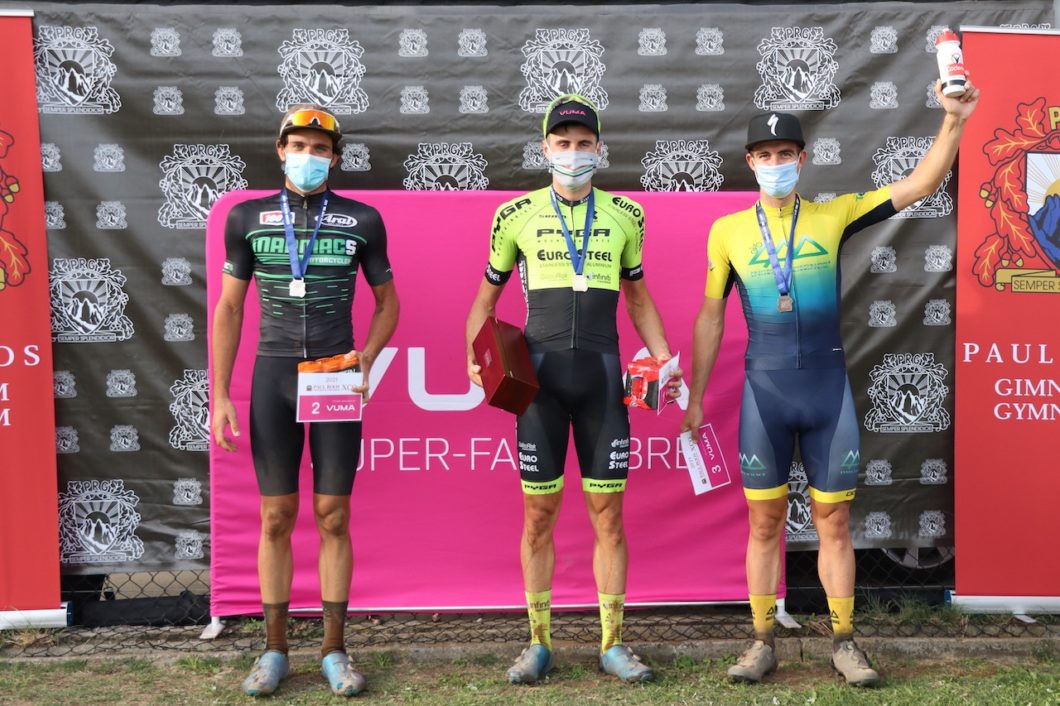 The popularity of the sport among boys in their teens was clear to see. There were 19 Juniors, 42 Youth and 41 Sub Junior riders in each of the races.

Among the days other winners were PRG learner Aidan Penfold who rode a faultless 5 laps to win the junior Men’s (u18) race . Alec Coleske took the honours in the Youth Men (15-16) race ahead of PRG Grade 10 learner Hendre de Villiers. Jeandre Ungerer won the Sub-Junior (13-14) boys race. 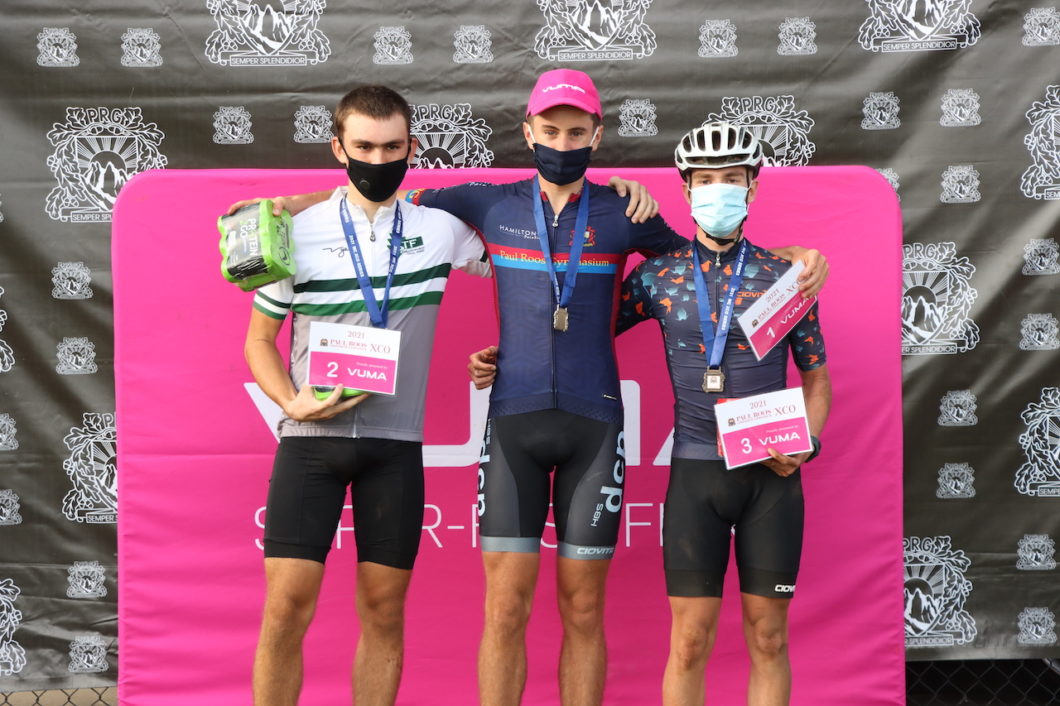 The women’s junior race was a triumph for Anna Marx while Angeliq Coetzer won the Youth Women’s race and Eryn Marais took the title in the Sub-Junior girls’ race.

The older generation was well represented on the day with 34 men taking on the Masters (30-60) race over 4 laps. Dominic Calitz pipped Renay Groustra for victory while Paarl’s Louise Bezuidenhout took the win in the Women’s Masters race.

There was huge enthusiasm among the Nippers (8-10) and the Sprogs (11-12) who raced over a shortened lap of 2.4 kilometres. Vivienne Dokter won the Nipper Girls race and Lara van der Vyver was the fastest among the Sprog Girls. Tienie Louw was the winner over 4 laps in the Nipper Boys and Cameron Marais took a hard-earned win in the Sprog Boys race. 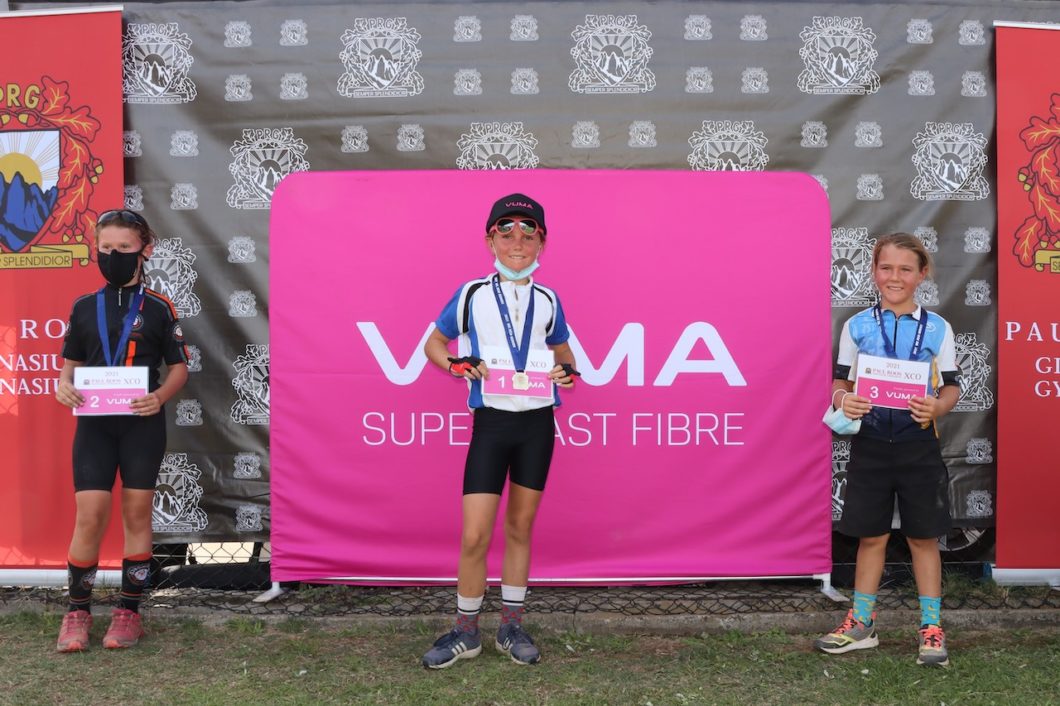 “PRG put on a very professional event. They managed the COVID-19 protocols efficiently. It’s wonderful to see a school take the sport of Mountain Biking so seriously and to make use of the world class course on their doorstep. There were a lot of events taking place over the same weekend and to have such a big turnout here tells me PRG, Western Cape MTB XCO and Vuma are doing something right. If I was a young Mountain biker, this is where I’d want to be!” Gerald de Kock, South African sports commentator and Paul Roos XCO event commentator.