Societas Members Made a Difference on Mandela Day 2021 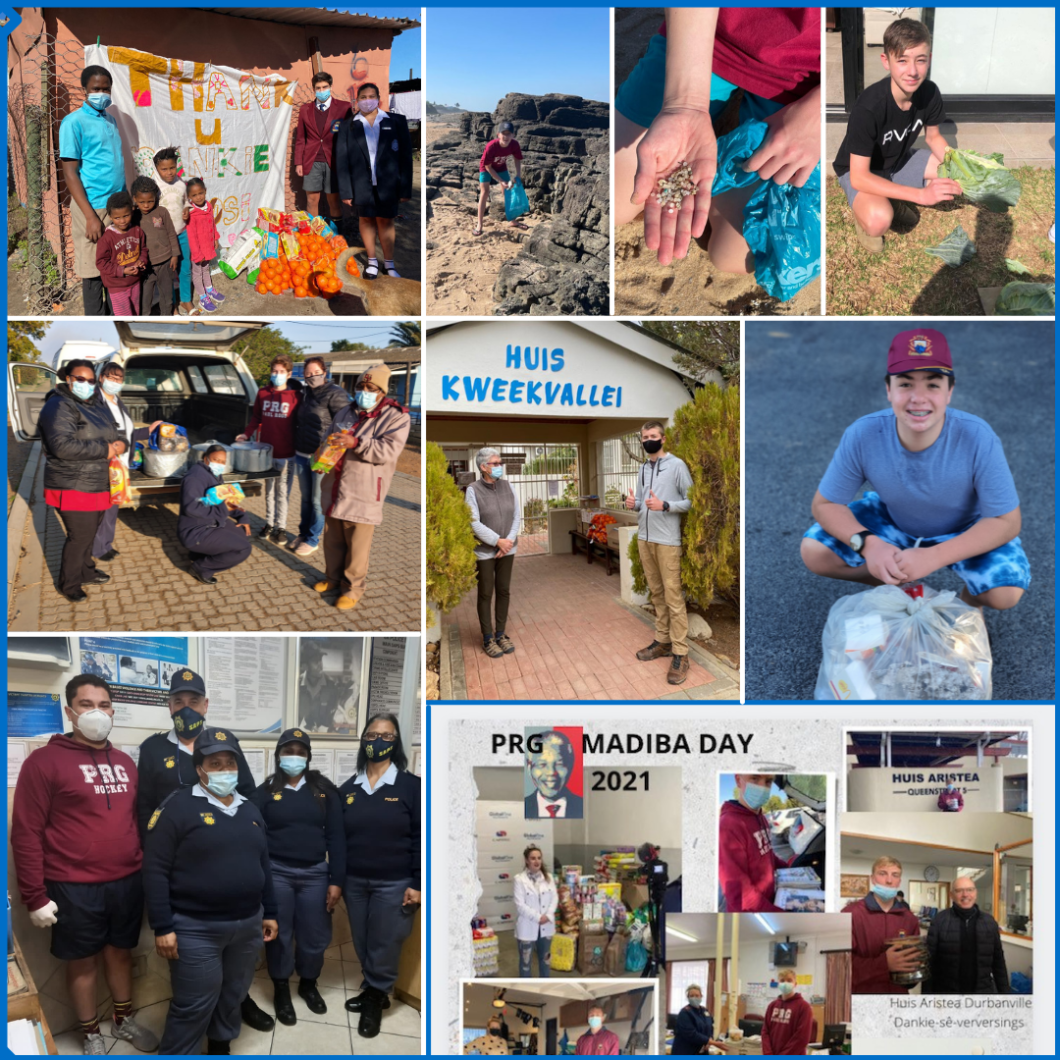 Nine members of Societas went the extra mile during the winter school break to make a difference on Mandela Day. PRG would like to pay tribute to these learners from Grades 8-12 who made the effort to do something special in their respective communities.

Connor Wooding (Gr. 8): Got a friend, Chef Louise Gillet from Bartholomeus Klip Farmhouse, to cook 3 pots of soup which were donated to the patients at Gouda Clinic.

Johan Aucamp (Gr. 8): Made hotdogs which were handed out with naartjies to the homeless.

Reinhardt Nel (Gr. 8): Picked up litter, donated food to the RCL/Youth Outreach project, delivered essential items for those affected by unrest in KZN, delivered refreshments and treats to Huis Aristea as well as Stikland Hospital.

Rupert Taljaard (Gr. 9): Did a beach clean-up to pick up nurdles.

Francois Dercksen (Gr. 9): Organised his own fundraiser and raised over R2400. The money was utilised to purchase and donate perishable treats to Huis Kweekvallei as it cannot afford to give these types of treats to its residents due to financial reasons.

Jared Jales (Gr. 10): Collected and delivered food to those in need in Sir Lowry’s Pass.

Philip van Schalkwyk (Gr. 10): Collected household items and donated to Nora Tyre’s creche to be used for arts and crafts.

Chad Hamman (Gr. 12): Continued his family tradition of making hotdogs to give to local security guards and policemen as a token of appreciation.

Besides these nine learners, various learners contributed towards the collection of over 1000 bread tags.