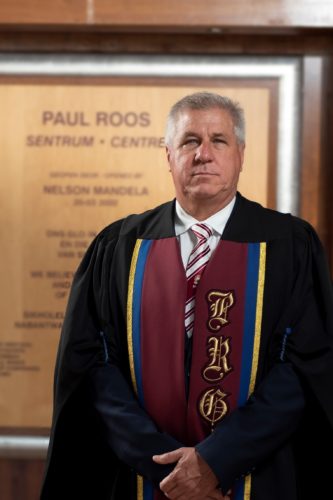 Mr Van Staden has 35 years’ experience in education. He has a BA degree and a post-graduate Higher Education Diploma with continuous professional development. He started as a teacher at Grey High School in Port Elizabeth in 1984, where he later became Head of Department. He was the head master at Pearson High School since 2005. From 1988 to 1993, he was also a part-time lecturer at the University of Port Elizabeth.

His education philosophy is based on the holistic and balanced development of learners to become responsible, happy and well-adjusted adults. In addition, his aim is for every student to achieve his full potential on an academic, sport and cultural level.