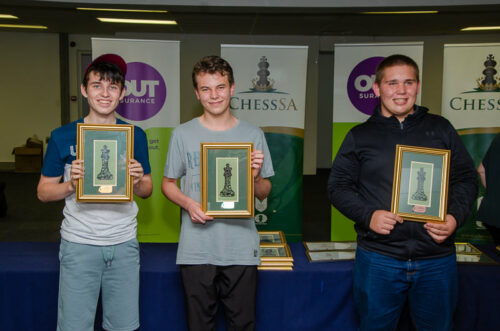 Alexander van der Merwe, from Paul Roos Gymnasium, is the U18 South African over the board chess champion after winning the U18 section of the South African Junior Closed Chess Championship held in Centurion, Gauteng during the holidays.

The tournament was contested over 11 rounds – two rounds played per day over a six-day period. It was gruelling with some games lasting up to 4 hours and longer. Alexander was the highest-rated player in the tournament and won the U18 section with a score of 10,5 out of 11 – two and a half points clear of his nearest opponent. He dominated the competition and already won the tournament with a round to spare. This is unprecedented for such a prestigious tournament that is always fiercely contested. The tournament was the first over the board national tournament since 2019.